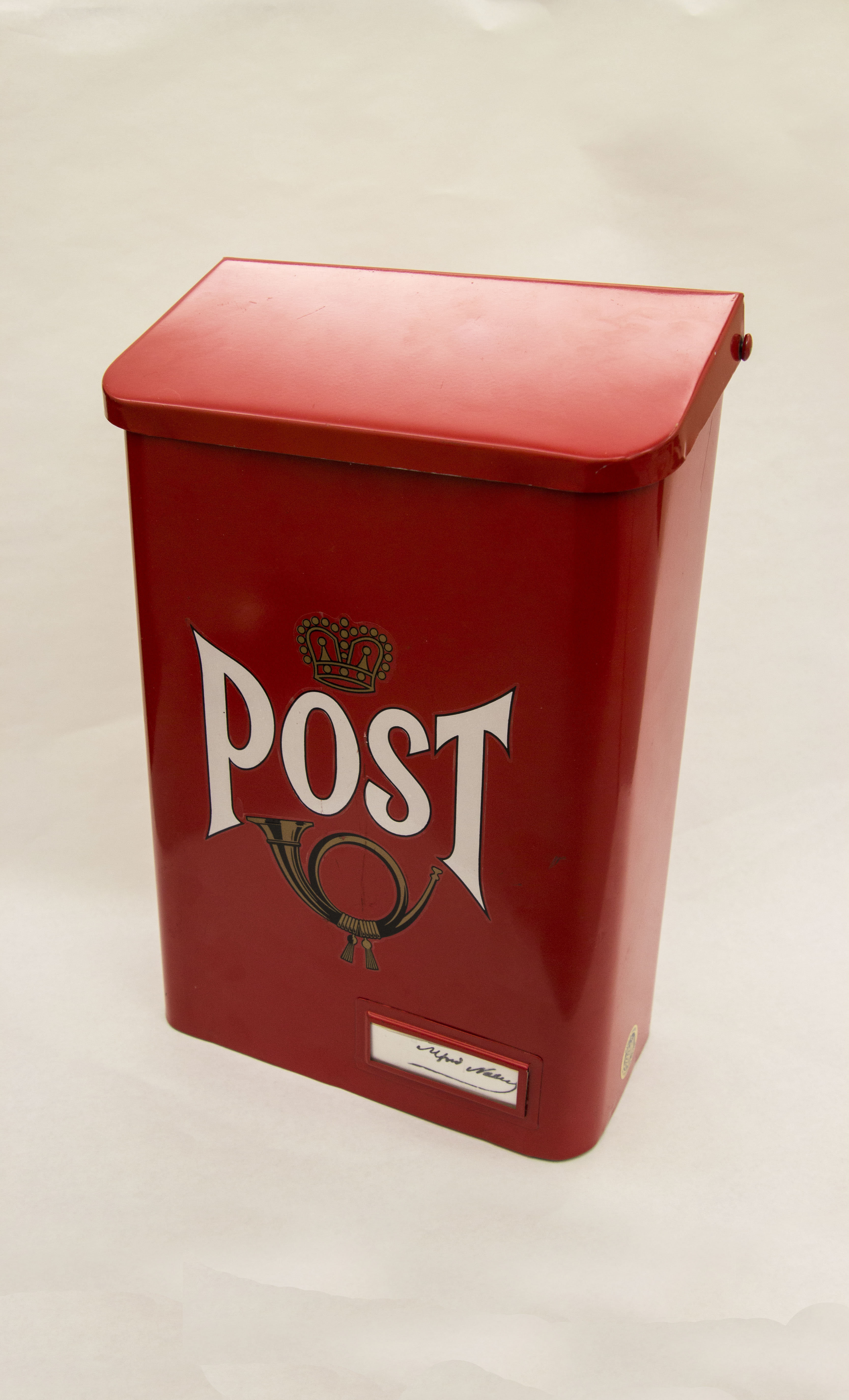 The inventor of dynamite and the founder of the Nobel prizes, Alfred Nobel (1833-1896) was the holder of over 300 patents. During his lifetime, he wrote hundreds of letters to friends and associates. Through letters with friends, he came to the decision to include a peace prize among those prizes provided in his will. Most of his letters are held within the Nobel Institute in Stockholm, however, his postbox was left in the care of the SHUSH Museum.

As is typical of postboxes from Sweden, there’s the Germanic posthorn, as well as the royal emblem of the Swedish crown.